Conference organised by the French Embassy in The Hague, in the framework of the French Presidency of the Council of the European Union

Good afternoon everyone.  It is a great pleasure to be here with you today and I would like to thank the French Presidency for organising this conference.

Genocide is the ultimate denial of humanity.  It is a horror that seeks to destroy someone because they are deemed to be worth less as a human being.  And when the unimaginable becomes reality.

The outstanding courage shown by Nadia [Murad] calls out for outrage, indignation but above all justice, the restoration of dignity for victims and of hope to those who still live in fear.  Human rights are not just for some.  They are for all and they are universal.  They belong to people everywhere and in every country of the world. No one has the right to deny another person his or her rights or deem them not worthy of rights.  They are inherent to the dignity of every human person.

Today, when we look around the world, we are confronted with millions of ordinary people who fear for the security of their lives every day.  We have experienced an avalanche of crises and conflicts, from Syria to Yemen, from Ethiopia to Ukraine and the threat of atrocities, crimes against humanity and genocide is still alive.  This makes the world’s first-ever human rights treaty, the Convention on the Prevention and Punishment of the Crime of Genocide, just as important today as it was when adopted in 1948.

Genocide does not happen overnight.  It is a process. Prevention is crucial.  There are always warning signs and in the past, the international community has not always acted when it should.  But we must act upon these signs immediately and we can never afford to delay.

Disinformation and fake news fuel hatred against minorities.  It is essential for all actors – political, legal, business and tech leaders – to heed those early warnings and to raise the alarm.

Through our blueprint for action on human rights, the EU Action Plan for Human Rights and Democracy (2020-2024), we strongly combat any kind of intolerance, harassment or violence against any person or community based on ethnic origin, religion or belief. The EU and its Member States also use conflict analysis tools and the EU Early Warning System to act as soon as possible.

Justice is essential for the realisation of human rights, for the preservation of peace and for the construction of a healthy, democratic society.  It is crucial to our security and stability.

This is why accountability is critical.  It is central to reconciliation and non-recurrence.  I doubt that Milosevic thought he would face a court or face a tribunal in The Hague when he was committing war crimes. People who are responsible can be held to account, no matter how long it takes. 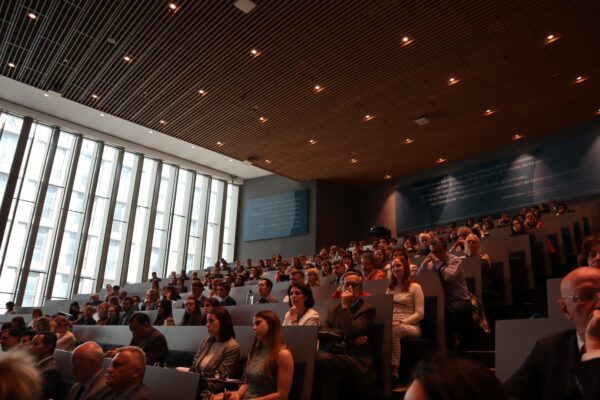 States have a duty to hold perpetrators to account to prevent genocide and mass atrocities and this duty starts at home. Since 2002, the European Network of contact points in respect of persons responsible for genocide, crimes against humanity and war crimes ensures close cooperation between national authorities in investigating and prosecuting atrocity crimes.

When States fail in this duty or they need assistance in fulfilling it, we rely on the International Criminal Court.  The ICC stands as the world’s only permanent, independent court for the investigation and prosecution of the most serious crimes. The Court demonstrates the international community’s resolve to end impunity and to foster a culture of accountability.  The EU has been a strong supporter of the Court since its creation and we will continue to strongly push for universality of the Rome Statute.

Accountability also means not forgetting. As we move from one crisis to another, it is our duty and indeed, I see it as my duty, to keep alive the attention to the human rights agenda in many countries, after the cameras have moved on to the next crisis.

In our external work, the EU seeks to prevent violations and abuses of human rights throughout the world.  We do this because it is in our interest.  More justice means better human rights protection and greater freedom, prosperity, peace and security for us all.  Where violations and abuse occur, to ensure that victims have access to justice and redress and that those responsible are held to account.

The EU will keep working with national and international partners including civil society to prevent genocide and impunity, all around the world.  The late great Desmond Tutu once said, “As much as the world has an instinct for evil and is a breeding ground for genocide, holocaust, slavery, racism, war, oppression, and injustice, the world has an even greater instinct for goodness, rebirth, mercy, beauty, truth, freedom and love.”  We must always focus on what unites us; our shared pursuit of peace and prosperity with the promotion and protection of human rights at the centre, enriched by our diversity.  And never forget what can happen when we deny our common humanity.