“The Death Penalty and the Gender Dimension: 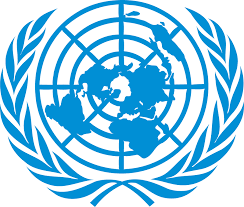 I wish to thank Minister Luigi Di Maio, Minister Mamadou Tangara,  Amnesty International as well as the Office of High Commissioner and UN-Women for organising today’s meeting and for the honour to speak here. I am here representing the HRVP of the EU, Josep Borrell, who has asked me to express the EU’s support for this important initiative and the event.

I also want to thank UN Secretary General, Guterres and HC Bachelet for their contribution – we listen carefully to their messages.

I would like to express my gratitude to the speakers and all participants for their interesting presentations and discussions today.

Taking this opportunity, I wish to reaffirm the EU position of unambiguous, strong and absolute opposition to capital punishment in all cases and under any circumstances.

Capital punishment is a cruel and inhuman punishment, which fails to provide deterrence to criminal behaviour and represents an unacceptable denial of human dignity and integrity.

Mistakes also lead to the killing of many innocent people by state authorities, where the death penalty is still in use. Justice systems are run by humans, and are therefore naturally exposed to mistakes, aggravated by influences, social stigma and political pressures, particularly in countries with no real independent justice system, and no functioning system of checks and balances.

State sponsored killings do not set the example that one shall not kill. We all want less criminality and safer societies. But, it is not with executions that we promote less violence and safer societies. On the contrary, state executions prolong a pointless cycle of violence. As Mahatma Ghandi once said: “An eye for an eye makes the all world blinded.”

We saw today that although women represent a small percentage of death penalty sentences, women are sentenced to death at higher rates than men are for certain categories of crimes, such as those related to sexual morality, to the lower end of the illegal drugs chain. On murder cases the mitigating circumstances related to domestic violence and abuse are rarely taken into consideration during the investigation

We saw today how women are particularly affected by the death penalty in societies with a culture of widespread tolerance of violence against women. Especially women from poor socio-economic backgrounds. The financial cost of competent legal representation is often an obstacle to having a sound defence. Defendants who do not have good lawyer to interrogate the prosecutor allegations are more at risk of ending up on death row.

In 2019, excluding China (no figures – state secret), 86% of all reported executions took place in just four countries – Iran, Iraq, Egypt and Saudi Arabia. In Europe, only one country has retained death penalty. That is Belarus – consequently Belarus has not been able to take its place in the Council of Europe.

But steady progress is being made. Last year only 20 countries (11.5% of the World total number) still executed people. Each year new Countries join a World free of the death penalty. This year, Tchad extended the abolition of the death penalty in law from ordinary crimes, to all crimes with no exception. And Colorado became the 22nd abolitionist state in law in the US.

For all the reasons I have just mentioned, and that today’s discussion has highlighted further, all remaining governments should consider declaring a moratorium on executions as a first step towards an objective debate on the application of the death penalty, leading to the only logic conclusion in my opinion: the abolition.

The EU is closely engaged and strongly supportive of the UN resolution on a moratorium, adopted every second year by the General Assembly. I sincerely hope that the event today and the in-depth contributions we have listened to will lead more States to co-sponsor and support this resolution, and I hope too and indeed expect that the resolution will reflect the emphasis at today’s meetings on the gender dimension.

The world is moving gradually toward the complete abolition of death penalty. In almost 90% of the countries of the world, there was no execution at all last year. In others the offences justifying death penalty are being restricted and the execution of minors is being ended.

These are positive steps which bring the world closer to a complete abolition. This is therefore a moment when we should all redouble our efforts to finish the journey to world where the death penalty is consigned to history.

As Secretary-General Guterres has said: ‘The death penalty has no place in the 21st century‘.