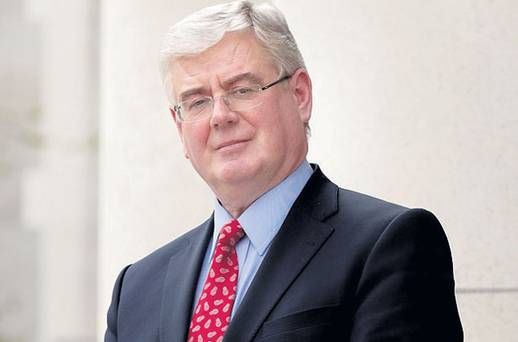 Eamon Gilmore is the European Union Special Representative for Human Rights (since March 2019) and is also as EU Special Envoy for the Columbian Peace Process since October 2015.

Eamon is a former Union leader, an active advocate for social rights, and a champion of the liberal agenda. He has campaigned for women’s and LGBT+ rights, playing a leading role in the legalization of contraception, divorce, abortion and same sex marriage in Ireland.

He serves on the Board of the Galway University Foundation, and on the International Advisory Board of the Alpbach Forum in Austria.

Eamon grew up on a small farm in Caltra, County Galway. He was educated at Garbally College, Ballinasloe and at the University of Galway, which has conferred him with an Honorary Doctorate in Laws.

Opening remarks at the International Conference in Doha on “Social Media: Challenges and Ways to Promote Freedoms and Protect Activists”

Remarks at the Opening Ceremony of the Banjul Commission

October 3, 2019
Tweets by @EamonGilmore
Subscribe to the monthly newsletter